The writing in Broad City is always very strong and funny. Particularly, in season 3, episode 7, the writing simultaneously explores two directions for a night ending that are completely different as Abbi and Ilana leave the club without each other. Abbi goes through an epic and eventful night that she is not proud of. Meanwhile, Illana sleeps with Blake Griffin and has a night that is more comical as Griffin is shown to be the perfect person. The writing is impressive as the viewer feels for Abbi who was robbed and laughs as Griffin and Ilana interact in over the top ways. Few shows have writing that can elicit more than one emotion effectively. The Ilana and Griffin storyline seems to have come straight from a Female writer’s fantasy. There interactions begin with both bringing up that they need to stretch before physical exercises which they both decide is getting undressed. Griffin undresses, censored to the audience, and Ilana laughs for a very tense time as Griffin crosses his arm. Later revealed to the audience that Griffin is too big, the two get creative with yoga and other clearly non-sexual activities til both climax. Their pillow talk includes Griffin talking about how women’s basketball is better than men’s and saying that women make everything better. As good as the scene is, an individual writing that amuses me more.
As always the show makes multiple callbacks near the end of the episode, similar to the function of a callback in stand-up comedy, it reminds you of how smart the writers are. As impressive as they are funny, it reminds you all the places the episode took you and that you accepted that two regular people went on a ridiculous journey often spanning large areas of New York.
The writers articulate the purest forms of comedy in their writing for Hannibal Buress as Lincoln, a dentist with a mind that scopes and works like no other. There is not a scene he is in that does not bring me to laughter. 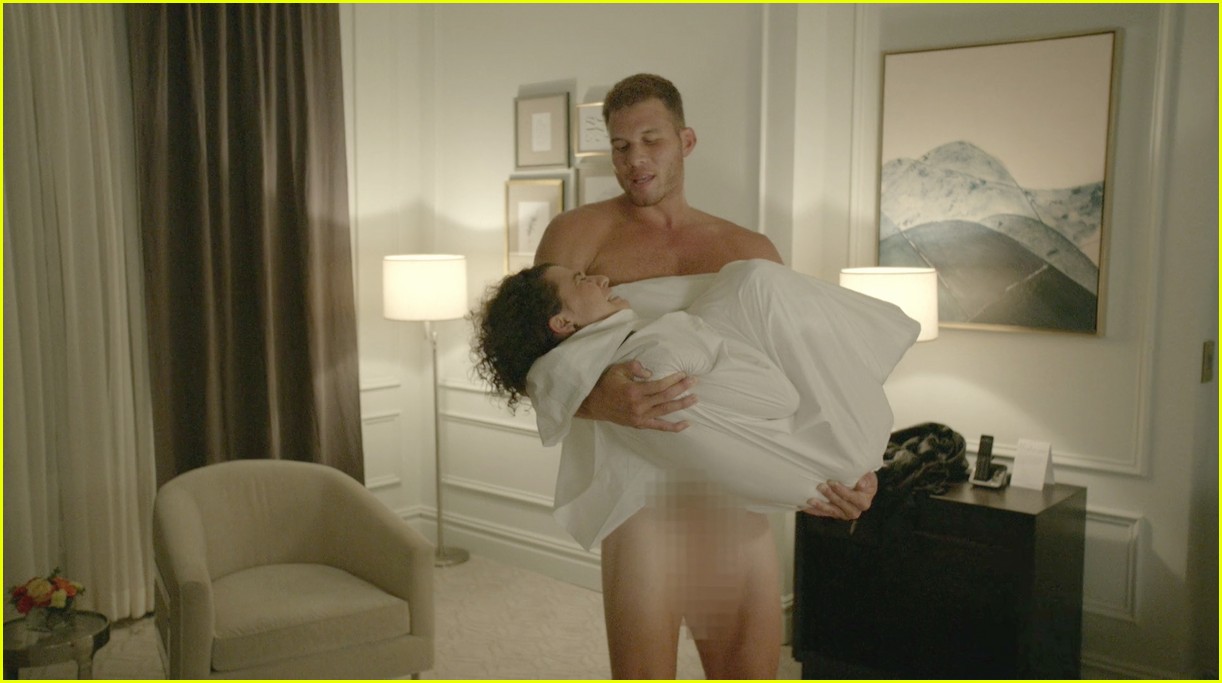 Here is Blake Griffin swaddling Ilana Glaser because his member is too big for traditional goings on.