In New Girl, the gender spread is pretty balanced, with quirky Jess as the lead and her beautiful, smart and supportive best friend Cece along with the three roommates that Jess fights with, lives with and learns with. The only two genders represented are female and male whereas there are many more genders that could be represented. Technically, the male characters have more representation but this is balanced out by the fact that Jess is the main character and that the spotlight is always on her. In terms of agency, Jess is mostly able to make her own choices but it is also important to consider the fact that Jess cannot usually act on her desires sometimes. This is shown by the fact that the other characters, both Cece and her male roommates have to sometimes push Jess to do things and stand up for herself. Nick seems to make decisions in a more low-key way contrary to characters like Schmidt. This show also does not really connect gender to race as much as other shows usually do. Race and gender representation do not really correlate in this show as the amount of representation a character has is usually not dependent on what race they are. Sometimes when watching an episode of this show, class and gender representation is sometimes a connection I make. Characters like Schmidt who obviously makes more money than his roommates sometimes has an attitude of superiority over his female and male counterparts. 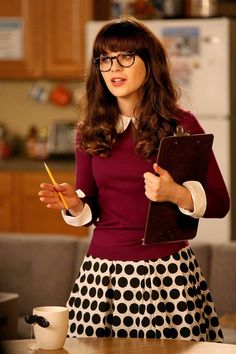 Jess being a boss.

Also, since everyone in New Girl is heterosexual, there isn’t any discrepancy in the representation that every character gets as there lacks diversity in sexuality.  Disability and Mental illness are also not addressed much in this show, as it usually tries to keep a very light mood throughout the episodes. Heavy issues aren’t discussed usually in this show. Overall, the gender representation is pretty balanced out of the episodes I have seen thus far.

Gender and other stereotypes on “Fresh Off the Boat”