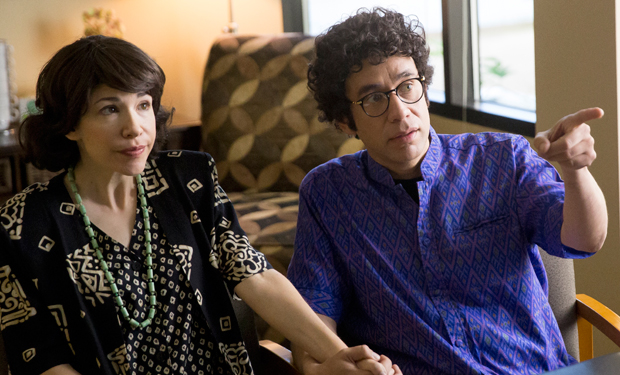 Carrie Brownstein and Fred Armisen are two faces that were easily recognizable in the comedy scene prior to their creation of Portlandia, so when they joined forces to write a new show in 2011, many were buzzing with anticipation. Not after long, the show was already winning multiple awards, largely due to the writing efforts of Brownstein and Armisen. This blog post will be focused specifically on the writing of season 3 episode 3 called “Missionaries.”

The writing in this episode is credited to both Brownstein and Armisen. They are also the lead actors in the show, which makes their command of their characters masterful, as they know exactly how the dialogue was intended to be portrayed. The core plot of this episode is that the mayor of Portland is asking Fred and Carrie to pull some more residents into Portland from rival city Seattle. They go about this by doing missionary type work, spreading the good word of Portland. The writing is very meticulous at parts, getting across the key point that there must be a parallel drawn between what they are doing and actual missionary work. For example, they say stuff like, “have you heard the good word of Portland,” or “have you considered accepting Portland into your life.” These comedic parallels are great writing, striking at the point that people often go about working very hard on certain tasks where if they were to step out of the box and think critically for a brief moment, they would understand the absurdity of what they are doing.

Furthermore, they get to the personality of Portland through this comedic writing through statements like, “Men, bring your bass guitars.” The dialogue is structured in such a way that there is much snarky back and forth that adds to the comedic nature of the show. Overall, it is a very funny episode with lots of great writing that I would highly recommend.