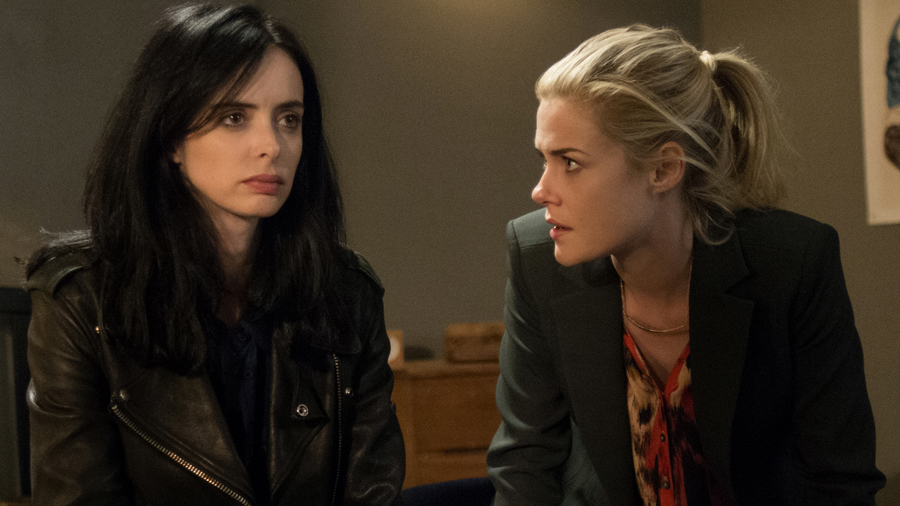 In regards to other representational axis, the show does great on representing other races. In the main cast, there are 2 African-American, 1 Asian-American, and 1 Latino-American characters 2 of which are female characters. However, some of these characters do not have important/impactful roles in the story. With regards to sexual orientation, there is 1 character in the main cast who is portrayed to be lesbian. The show does well with not hiding sexual orientation representation in the show. Although only 1 lesbian character exist, the show does not shy away at showing the character’s relationships with her female partners.

Finally, mental illness is a topic greatly covered by this TV show. With Jessica Jones herself battling through PTSD and depression, the show constantly tackles and deals with issues regarding mental illness. Actually, every episode in the entire season is about Jessica dealing with her past and overcoming her personal struggles.

Writes and Wrongs on New Girl

Silence and Emotional Maturity in The Bold Type’s Writing