The Subconscious Effects of Visuals

Although I was a bit reluctant when I started watching Grey’s Anatomy, I have been absolutely hooked. To be honest, I finished a season and a half in one night! Grey’s Anatomy is shot in Seattle at the Seattle Grace Hospital. It is a lesser known fact that Seattle has, statistically, the most suicides in a year in any US city. This may seem like a random fact but it is actually very important to setting the tone in this show. Research shows that because it rains so often in Seattle and because the sky is often grey, it causes Seattle citizens to subconsciously feel gloomier. And coincidentally enough, the main character’s name is Grey. This setting factors in to allow the viewer to share the gloomy and scary reality of working at a hospital: the 48 hour shifts, the helplessness of losing one’s patient who you were talking to just an hour ago, breaking the news to family, giving up social life, etc. Furthermore, the doctors wear shades of dull blues to add to the melancholy and serious vibe at the hospital. However, whenever there is a scene where a patient miraculous defeats the odds and survives the background colors are always noticeably more vibrant and brighter. It’s amazing how a simple play of colors can affect the viewers’ experiences so greatly. Generally, the show has longer cuts, especially during medical procedures to show how the tedious the work can get. For example, they removed a 20-pound tumor and the long cut showed how difficult and uncomfortable it was for intern doctors to hold up the tumor while surgeons operated. In these specific scenarios, quick cuts would undermine the amount of diligence and patience required from these doctors. Above are the somber colors typical of the normal day at the Seattle Grace Hospital (SGH). 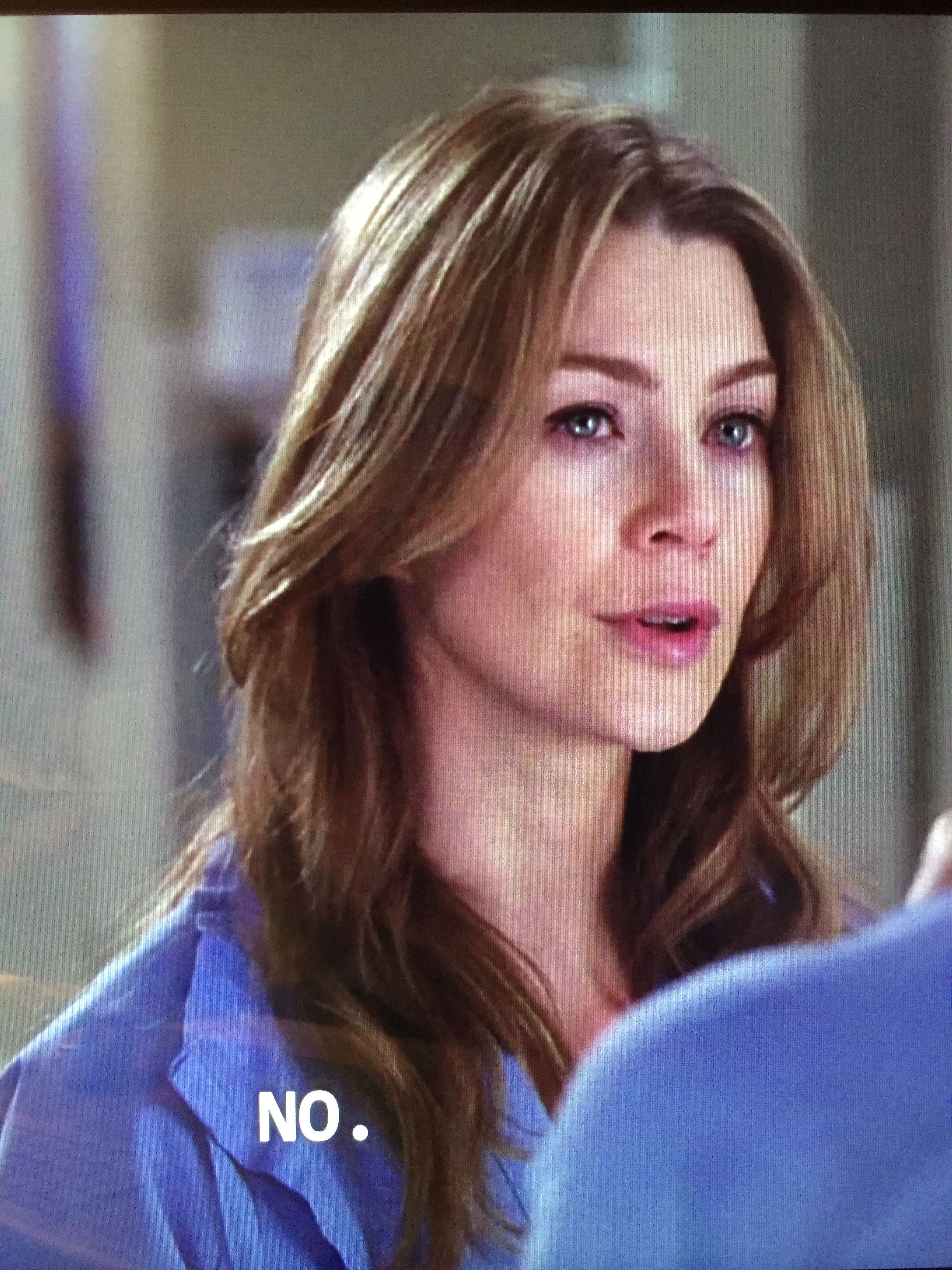 Yeah, you heard that right.

Alex calls Meredith Grey a nurse in their first interaction. Rude, right? But it does give insight into how sexist the medical field can be. Women have traditionally been nurses, and men have traditionally been doctors. However, Grey’s Anatomy features a diverse cast of men and women of many different races and backgrounds. There are slightly more men than women, but overall, the cast is diverse. A daughter of an esteemed surgeon, a model, a know it all, and a slightly clueless guy are all competing and training to reach one goal: becoming a surgeon.

The main character, Meredith Grey, is a woman. She faces the same struggles as everyone in the internship program: little sleep, many patients, and lots of work. But, she also has to face the pressure of sexism, her very obvious crush on Derek, and her mother’s legacy. She’s realistic and relatable. The other characters all come from different backgrounds and face their own struggles besides those of the internship program.

While women do have some agency in the show, such as Meredith making decisions that saved Katie’s life and Dr. Bailey bossing others around, the higher-ups in the show are all men. The chief ultimately makes the decisions. Many of the female characters are interns or patients, so their decision making is limited. Dr. Bailey is the exception, though. She, affectionately dubbed “The Nazi,” has strict rules and a no nonsense attitude. As a senior resident, she does have the ability to make larger decisions. However, she does fall under the stereotype of an angry black woman.

Race is represented rather well, with there being asian, black, and white people intermingling and doing their work. Dr. Burke is a black man in a position of power, and Dr. Bailey is a black women with moderate power, which is often not seen and often looked down upon. One of the writers even said that the casting process was “colorblind” and that diversity was a main goal of the show. However, people of different sexual and gender orientations, as well as disabled people, are not represented well. Being gay is joked about and used as a prank in one episode. While the intern program may be too rigorous for people with physical disabilities, it can still represent mental illness and some disabilities better.