I doubt there is any show with as diverse a cast as Orange is the New Black. You get an award-winning trans actress. Groups of genuinely Dominican and Puerto Rican actresses (as opposed to the typical white stand-ins). And many women who are genuinely lesbian outside of the characters they may play on the show.

But yet, the diversity pretty much ends there.

After season four came out in 2016, many people were shocked at the lack of black writers for the show, especially given that the end of the season has a clear reference to the Black Lives Matter movement (or so I accidentally spoiled for myself in researching the writing team for this blog, ugh) that is supposedly handled insensitively. In fact, there are no black writers of any gender, nor any Latina writers, despite the large number of Latina actresses in the show. 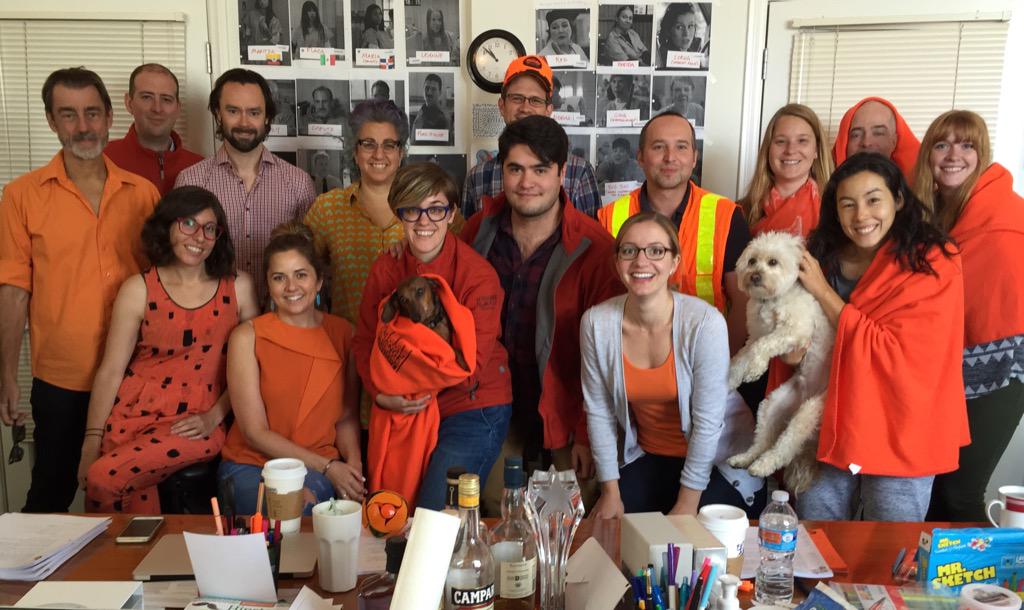 The writing crew for “Orange is the New Black”

All is not entirely lost. The lead producer, Sara Hess, is a Korean-American, and the head showrunner, Jenji Kohan, is a Jewish American whose grandfather was a Romanian immigrant. Yet Kohan – who graduated from Columbia University – is not exactly the representative of the average American and especially not one that is residing in the custody of the judicial system, nor someone who regularly faces the injustices of American society.

Kohan got her start writing episodes for The Fresh Prince of Bel-Air to mild success and eventually went on to work as head showrunner for Weeds, a show about a mother who sells marijuana to help keep her family afloat. Both Weeds and Orange is the New Black feature strong suburban female leads struggling to deal with illegal issues and their consequences and stay strong through these ordeals. But Kohan recognizes that these are not real-life situations that she has been confronted with: “I can shoot off my big mouth and write my shows and run my shows, and I can recognize how lucky I am because my position is rare and my position is privileged.”

And while the show follows the backbone of the memoir written by Piper Kerman and aims at accuracy in portraying Piper’s – the main character’s – experiences in prison, not every issue that is tackled is handled correctly, and there are some heavy topics that come up. This stems mainly from a lack of diversity of background in the writers’ room. Regardless of the talent of a white writer, she has significantly less experience with institutionalized racism than a black writer, and she can therefore write less accurately or empathetically about it. The same can be said for many of the issues facing America today – without hearing the voices of those who live with the reality every day, we are not hearing the correct story.

And we all want to hear the correct story, to understand the characters as deeply as possible. Even the theme song reminds us, with a group of diverse faces flashing on the screen, to do so.