Wynonna Earp is a fairly sexualized show. The women are often dressed provocatively or portrayed in sexual positions. The show also relies heavily on sexual innuendos for humor. On the other hand, men are often not portrayed sexually, except when women are involved.

Wynonna Earp often uses sexual references as jokes as well as normal dialogue. These lines often come from men, who direct their comments towards Wynonna. A specific example comes from Episode 5 when Wynonna is speaking with Bobo. Bobo makes several sexually charged comments suchs as “It’s a shame to waste those beautiful tits of yours,” and

“I got some bullets I’d like to pump into you to.” In this case, the show is using the sexual comments to antagonize Bobo. In this use, the show is quite successful. I personally, see Bobo as a worse person after he makes those comments about Wynonna. To be honest, they are a little heavy-handed because practically everything he says to her is sexual harassment, but it is effective. In this was I believe the show is also making a larger commentary about sexual harassment, its prevalence in society, and how it’s a disgusting thing to do. Wynonna occasionally makes sexual jokes about herself as well. In episode 5, she references how her boobs would be more effective at breaking into a building than dynamite. I think it is important to emphasize that Wynonna usually makes these jokes to men. I personally think this is meant to give her power over them and make her seem independent. Later in episode 5, Wynonna finds that the guards of the building are women, so Doc Holliday seduces them instead. This is one of the few times men have been sexualized in the show which makes it seem like the show more easily sees women as sexual objects. I think there are two possible explanations for the sexualization of women over men. The first is that the men who sexualize women are seen as evil and women who sexualize themselves shows they are powerful. The second is that the show just wants to get cheap entertainment by portraying women sexually. I personally lean towards the former reason, but I see the argument for the second.

The reason I see the argument for the second, is that fact the show focuses on Wynonna’s butt, A LOT. She is always wearing tight jeans, and the amount the show shows her butt is quite excessive. On occasion the show will, find an excuse for Wynonna to change shirts on camera. Frequently, it is not really necessary, but they do it anyway. To me, this is overt sexualization for no other reason than to cater to that audience. I personally dislike it, and think they should take it out because it undermines Wynonna’s powerful attitude. 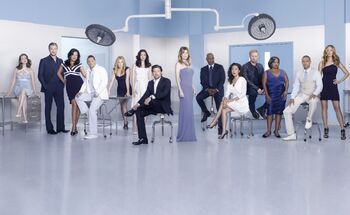 In my opinion, feminist shows are shows in which women are placed into positions where they are not restricted to a one-dimensional personality, where they are portrayed as independent members of society, and most of all, where they can be the masters of their own destinies. In the past, television predominantly showed women as wives rather than individuals, or they were “sidekicks” to a male protagonist. Jessica Jones brilliantly rejects this outdated model, and not just because the main character is a superpowerful woman.

The first thing about Jessica Jones (the character, not the show) I noticed as I watched the first few episodes is that she was nothing like the cookie-cutter female characters in superhero media. Early on, we are introduced to her alcoholism, her non-existent filter, and her superstrength. While Jessica Jones having these characteristics did not make the show inherently feminist, it did confirm one thing: Jessica Jones is not here to make anyone’s sandwiches.

Rather than dissecting Jessica’s character, I wanted to take a look at the gender spread on the show’s main cast (pictured below). As you can see, among the eight most important characters, there’s a nice 50-50 split between men and women. Hiring more female actresses into important roles is always a great first step towards producing a show with feminist values. This show also fulfills another of my requirements to be considered feminist: the female characters are all portrayed as independent members of society. In addition to the no-nonsense Jessica Jones, Jeri Hogarth is a ruthless lawyer, Trish Walker is a self-asserting public figure, and Hope Shlottman is a girl who, despite being raped, does not succumb to the attitude of a victim. These 4 characters are a powerful group of female leads, not limited by relationships to any men, contrary to many female characters in recent media.

Also contrary to most of today’s media, the show gives us a sidekick who is not only male, but mostly important because of his relationship to Trish. While this is mostly true earlier on in season 1, the portrayal of Will Simpson as a supporting character supports the kind of role reversal between male lead and female supporting character the show writers were going for. With all this in mind, it’s hard to argue that the show Jessica Jones favors men over women, or that it victimizes female characters, so I’m gonna chalk this show down as being feminist, in the best way possible. Above: The main cast of Jessica Jones.

“Who runs the world? GIRLS!”

Alex is one of the only male writers at Scarlet Magazine.

…. or at least that is how it is on Freeform’s tv series The Bold Type. Predominantly made up of female characters, having all three main characters be women, this show is shifting the axis away from male-dominated television and into a new direction of strong independent ladies. Of course, there are men within the show, but it is fairly clear that at Scarlet Magazine, a fictional company within the show, men are outnumbered by a mile. However, it is not just the representation of women that The Bold Type brings to the table, but also the many controversial struggles faced by the female gender in particular.

Jane is just a regular girl trying to figure out her life.

In the first two episodes of The Bold Type we meet the main characters: Jane, Kat, and Sutton, and we see almost immediately that each of these women are facing their own personal problems. Jane, a newly promoted writer, is faced with the difficult task of writing a magazine piece on her “best orgasm”. Since she has never had one, the thought of this task is terrifying and makes her feel isolated as it seems all of her friends have more experience than her and she even goes as far as calling her OBGYN in order to make sure she does not have anything “wrong” with her.

This is Kat and Adena… you can see the heart eyes from a mile away.

Kat, on the other hand, is extremely active, but yet is facing difficulties in pinpointing her sexual identity as she is starting to have feelings for Adena, a Muslim lesbian photographer (who in herself brings to light differentiability and acceptance not usually seen on television). Being that Kat has only previously had relationships with men, she feels as though that makes her heterosexual and views in the show witness her almost trying to convince herself of this fact. Then there is Sutton who is, for all intensive purposes, sleeping with the boss and in doing so risks her job if anyone finds out.

Sutton and Richard (her boss’s boss and her bf).

Each challenge faced is different in many aspects, but also similar in the respects that there is a double standard for women, as each character fears judgment that perhaps would not be placed on them where they another gender. The problems brought to light by this tv show are common occurrences for women everywhere, however, it is only on The Bold Type that we see these issues being taken on. The Bold Type shows women that they are not alone in the obstacles they face.

The Bold Type shows women that they are not alone.