Throughout the first season of Fresh Off the Boat, gender roles remained very static and I’d go as far as saying they were very stereotypical. None of the characters really break any molds; most everyone is a typical character and there aren’t any radical characterizations regarding gender. One may argue that Jessica’s place of power in the Huang family challenges the typical patriarchal scheme of a family that we see emphasized through the rest of the neighborhood moms. While this is certainly the case, she is still very dependent on Louis to make all of the money and she fits into the whole “tiger mom” stereotype. I guess all of this is passable since the series is loosely based on Eddie Huang’s book, so this may very well have been how these people existed and interacted.

Towards the end of the first season and certainly in the second, there is some shifting of power regarding gender. Jessica gets a job and is able to provide for the family and move her character away from its previous positioning as a strong matriarch that is only concerned with the performance of her kids. In season 2, episode 3, she also demonstrates her ability to negotiate with salespeople and scores her family a new car for significantly less than its sticker price. As such, she definitely has a big effect on the plot of the show and begins to break away from the more typical role she previously occupied.

Additionally, Nicole, Eddie’s neighbor, is expanded from just being Eddie’s crush to also being a strong, plot-driving character. In episode 5, she demonstrates a lot of power over the boys in school by scaring them away from Jessica’s real estate property. This is definitely a shift towards a more progressive role than she previously held as more of just a pretty face.

Nicole scares off some boys.

This is probably the lone example of something in the show shifting into focus without becoming the butt of a joke, as with sexual orientation. The show brings this up a lot, but it’s never really explored. It’s always used to convey a joke, which I hope will change in the way we’ve seen the show’s representation of gender evolve. In addition, the rest of the female characters occupy very stereotypical roles, as stay-at-home neighborhood moms and a trophy wife. The same can be said for the men, who are mostly rich country club members. At least each gender is accounted for in near equal numbers. I guess the directors just take a lot of time to push the plot in new directions and are slow to approach new facets of representation. 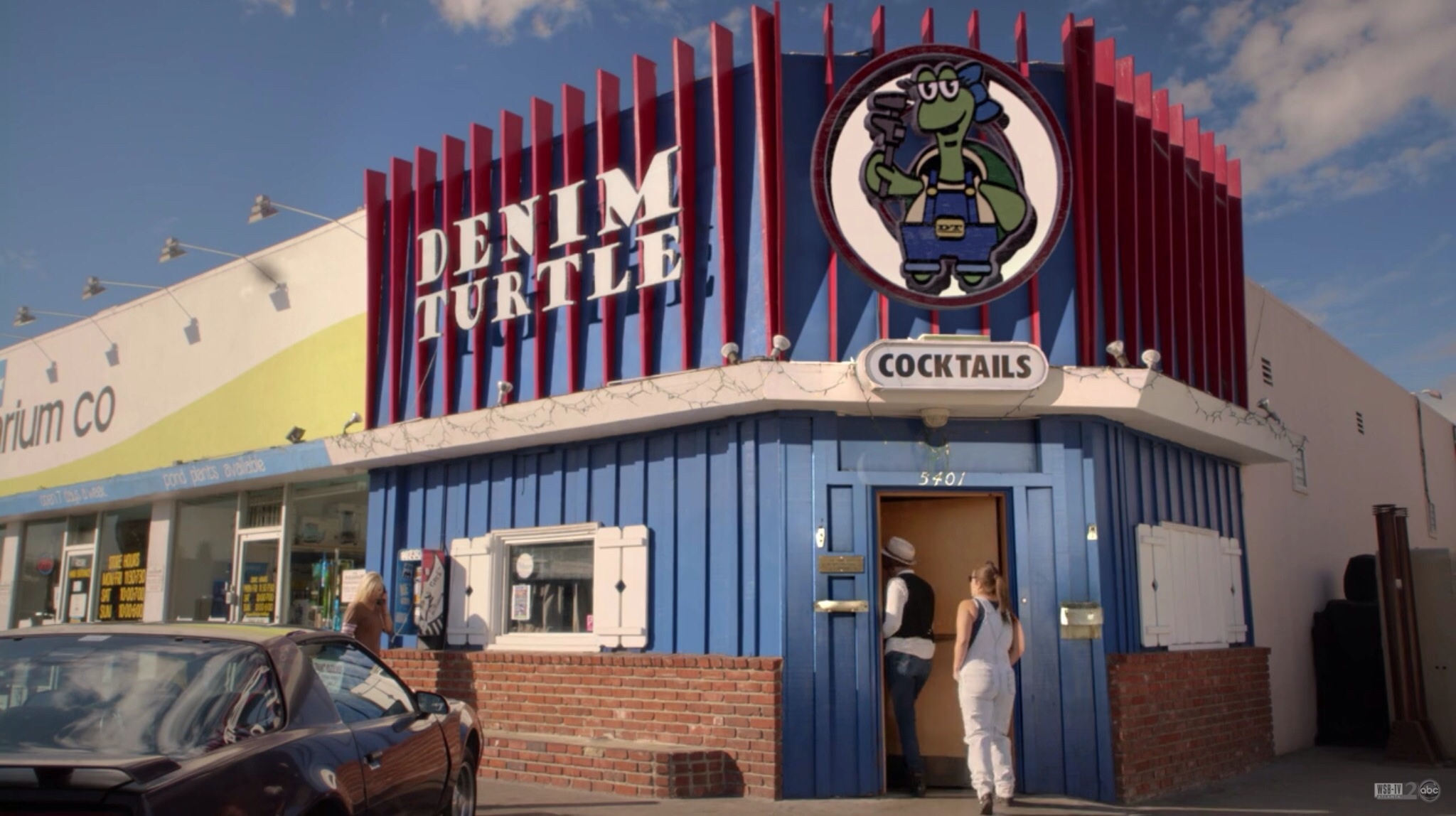 The Denim Turtle, Jessica’s escape. Also happens to be a lesbian hang-out.